Last night was the first episode of T.I.’s new series Road to Redemption that aired on MTV. The show is about T.I. performing 1,000 hours of community service and helping the lives of 7 individuals that are doing wrong in their lives. T.I. is doing all of this to make an impact on the lives of those 7 strangers and to work out a deal with the government that will not make his possible sentence as harsh as it may get. Last night’s episode featured an 18 year-old by the name of Pee Wee that was hustling in Atlanta. T.I. goes to visit him and tries to teach him that what he is doing is wrong. He took Pee Week to a jail to show him how it feels to be incarcerated and then to a funeral home to show him that those are the two outcomes of selling drugs. At the end, Pee Wee said he wanted to go into acting and that he would stop hustling. T.I. helped him out by getting him an acting coach to help develop the talent. The series is interesting to watch so stay tuned Tuesdays at 9pm on MTV to watch T.I.’s Road to Redemption. 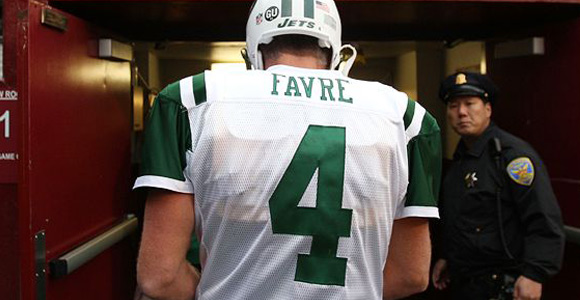 Quarterback Brett Farve may be retiring again, reports from ESPN are saying. His stay with the New York Jets was for about 5 months leading to a 9-5 season for the team. Also, Brett Farve led the league with 22 interceptions, missed the playoffs and in doing so lost to the team that picked up the former New York Jet quarterback Chad Pennington (Miami Dolphins). The beginning of the season looked positive for the Jets and even had them at the top of their division for a few weeks. From there, everything went down hill. The Jets just started losing games and Farve was not playing well during the stretch of the season. He had a 79.3 second-half passer rating and even teammates thought he should have been benched at times. So will this actually be his final farewell or will be do another comeback…..maybe with the Packers this time?