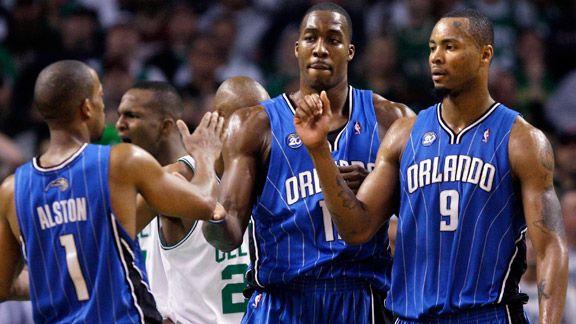 Orlando was not trying to do the whole overtime thing that Chicago and Boston went through in the first round, last night. The Magic had a decent lead throughout the game until Boston started creeping back in to the game. Dwight Howard had 16 points and 22 rebounds in the 95-90 win over Boston. Orlando’s lead was at 28 points at one point and the Celtics just went on a run in the fourth quarter narrowing it down to about 5 points, which the final score ended up being a 5 point victory. Paul Pierce scored 23 points and Rajon Rondo added 14 points, 10 rebounds, and 8 assists. The series is now 1-0 Orlando and they also have home-court advantage. 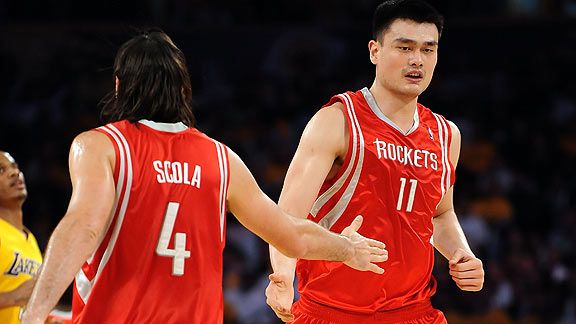 The Rockets went into the Staples Center in Los Angeles and stole game 1 of the second round in the NBA Playoffs. Yao Ming scored 28 points and 10 rebounds, Ron Artest scored 21, and Aaron Brooks added 19 points in the 100-92 victory over the Lakers last night. Kobe scored 32, but the Lakers as a team only shot 2 for 18 from the 3-point line and their largest lead of the game was only 1 point. This win makes the series 1-0 Houston and gives them home court advantage in the series.