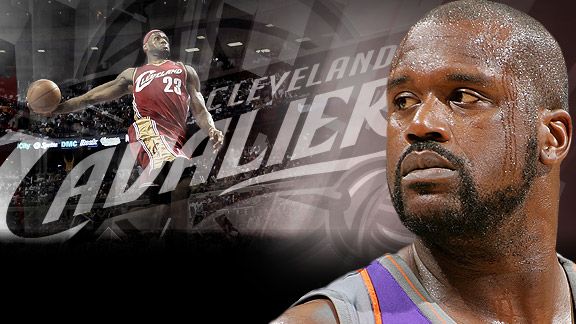 Well it looks like it has actually been done! Shaq will be going to Cleveland with Lebron James and company. The trade rumored back around the trade deadline but nothing was done. Then it rumored again towards the end of the playoffs and now it finally has happened. The Cavs will be sending Ben Wallace and Sasha Pavlovic and the 46th pick in the draft in exchange for Shaq. Maybe if the trade was done when it first rumored, the Cavs would have made it to the finals!